A unique partnership of 10 uniformed youth organisations working together for mutual benefit, representing the interests of some 91,000 young people and 22,000 adult volunteers in London.

Volunteer Police Cadets, St John Ambulance Cadets and Scouts supported the launch of a new national charity, the National Emergencies Trust, on Thursday, 7 November 2019. The launch took place in the Crypt of St Martin in the Fields, Trafalgar Square in the presence of their Royal Highnesses The Duke and Duchess of Cambridge.

The National Emergencies Trust, www.nationalemergenciestrust.org.uk, raises and distributes funds in the event of a disaster or emergency in England, in a similar way to what the Disasters and Emergency Committee, www.dec.org.uk, does internationally.

Uniformed youth volunteers ensured the smooth running of the launch and demonstrated the strength of voluntary groups working together. Acting police sergeant Rob Sewell attended the launch with PC Paula Cooper and five volunteer police cadets. He said, “It was a delight to be part of the launch. The cadets helped by ushering important guests into the main hall, assisting with security checks, issuing name badges and were delighted to see HRH Prince William and HRH the Duchess of Cambridge during the ceremony. The cadets had a fun and enjoyable day and were great ambassadors for the VPC.”

All those who assisted on the day received an official letter of thanks for their records. 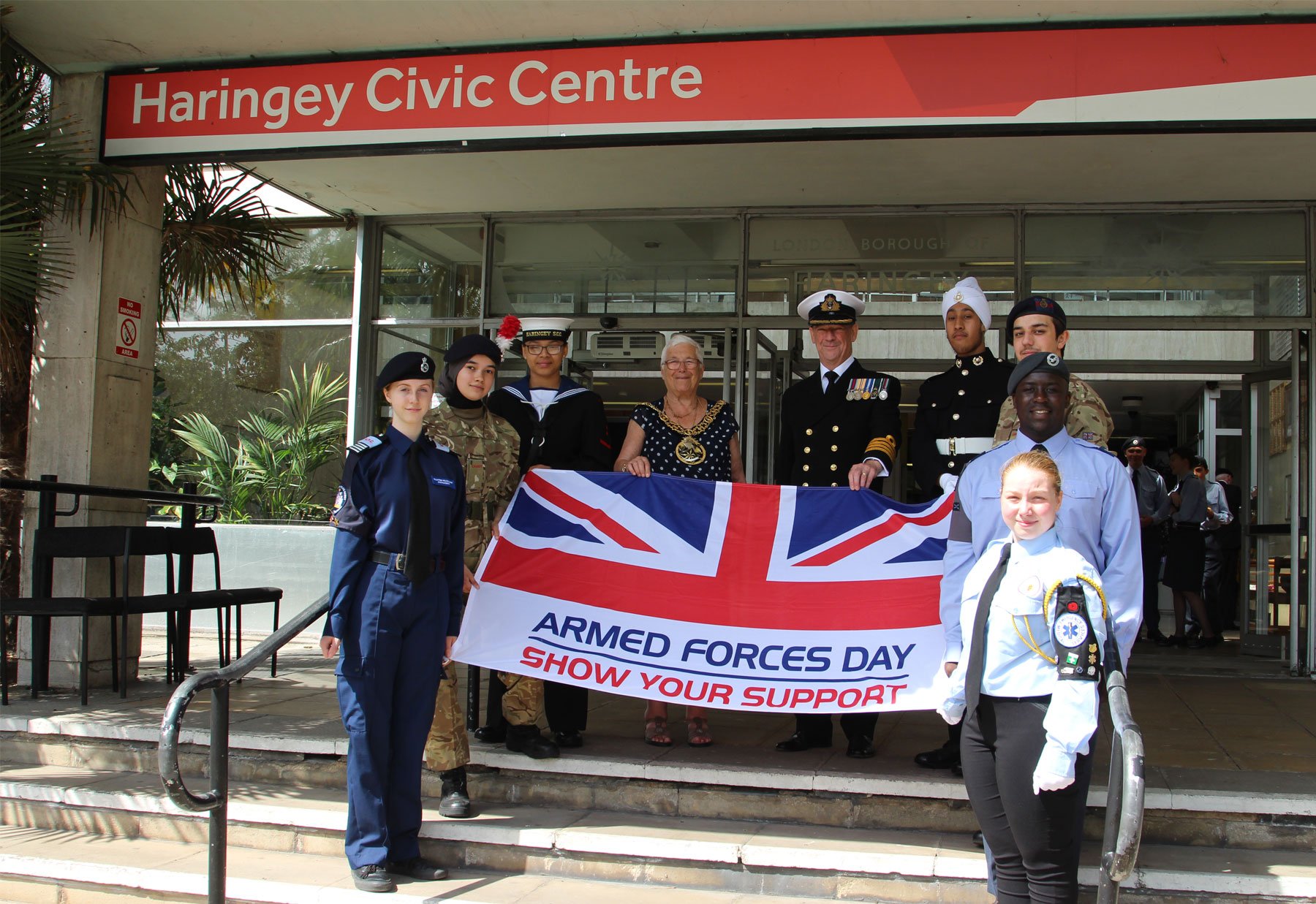 It might have been swelteringly hot in Tottenham on Saturday 29 June, but that didn’t stop the annual Haringey YOU competition. The event, which was hosted by TS Wizard, the Sea Cadet unit on White Hart Lane, saw six uniformed groups undertake a series of challenges to compete for the coveted YOU Haringey shield. Activities included indoor rowing, blind-folded football, deciphering morse code, tent pitching, filming a recruitment video and a tug-of-war.

Flight Sergeant Edoardo Reis of 268 (Tottenham) Squadron RAF Air Cadets, who meet on Monday and Thursday evenings in Tottenham, said: “Events like this are really important to bring young people in Haringey together. It’s also great for the younger generation to see us out and about doing interesting things so that we can inspire them.”

Whilst the competition took place in the blistering heat of Saturday, the competitors had to wait until Sunday morning to find out the results. The shorts and trainers of Saturday were replaced by smart uniforms and shiny boots for Haringey’s Armed Forces Day parade from TS Wizard to the Civic Centre in Wood Green. After the parade, the Mayor of Haringey, Councillor Sheila Peacock, and the Representative Deputy Lieutenant for Haringey, Captain Peter Baker, announced the victors as 16F (Wood Green and Hornsey) Squadron RAF Air Cadets. The winner’s shield was collected by Cadet Corporal Kirunda who was also awarded ‘best group leader’ during the competition.

The YOU Croydon Challenge was held at Royal Russell School on Saturday, 2 June.
Young people from eight YOU organisations in Croydon competed in a ‘round robin’ of stands, with each organisation running a different stand.

The Mayor of Croydon, Councillor Humayun Kabir, visited the event and spent time talking to the young people he met. Following a prize-giving ceremony where Sarah Jones MP presented YOU London pin badges, and a speech by representative Deputy Lieutenant for Croydon, Colonel Ray Wilkinson, who praised the team-work and spirit of the event, the day ended with a well-earned BBQ. T-shirts, pin badges and the BBQ were funded by YOU London.

The Army will deliver two events for young people at the Royal Military Academy Sandhurst this year.

A two-day celebration of World Youth Skills Day will take place on 10 and 11 July.  400 young people aged 12-16 years will have the opportunity to develop leadership skills through a series of aspirational challenges.  The event is for teams of 10, with one adult instructor accompanying each team.

A STEM careers fair for 11-16 year olds will be held on 24 and 25 September. Its key purpose is to inspire the next generation of scientists, technicians, engineers and mathematicians (STEM). Activity stands will be run by military personnel and 40 civilian companies. Last year’s event saw over 3,000 young people attend over the two days – and hundreds of industry partners and STEM ambassadors. 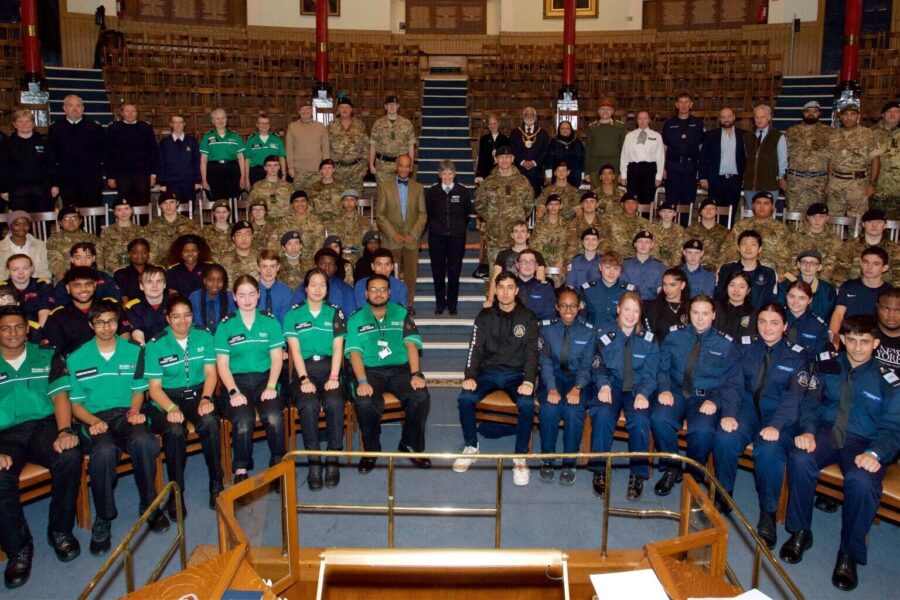 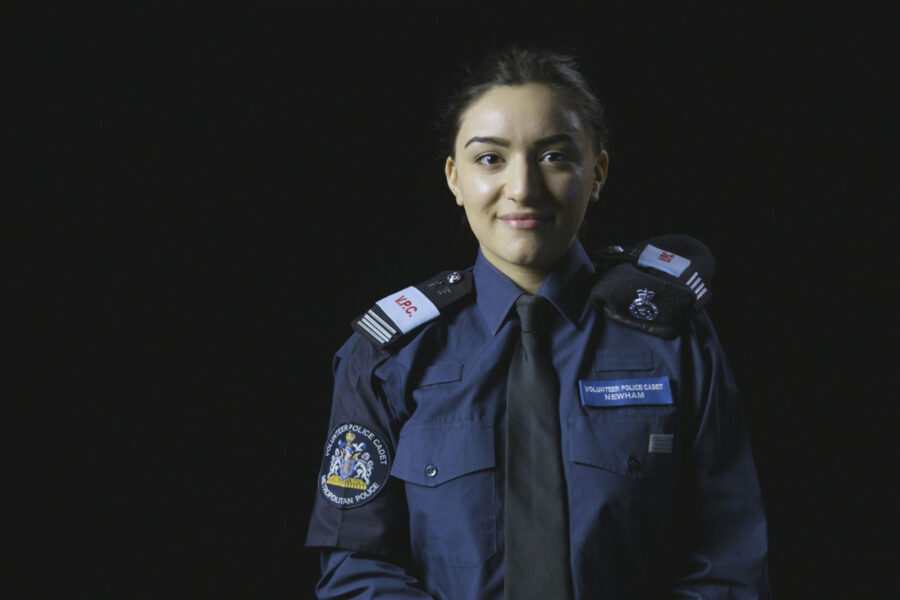