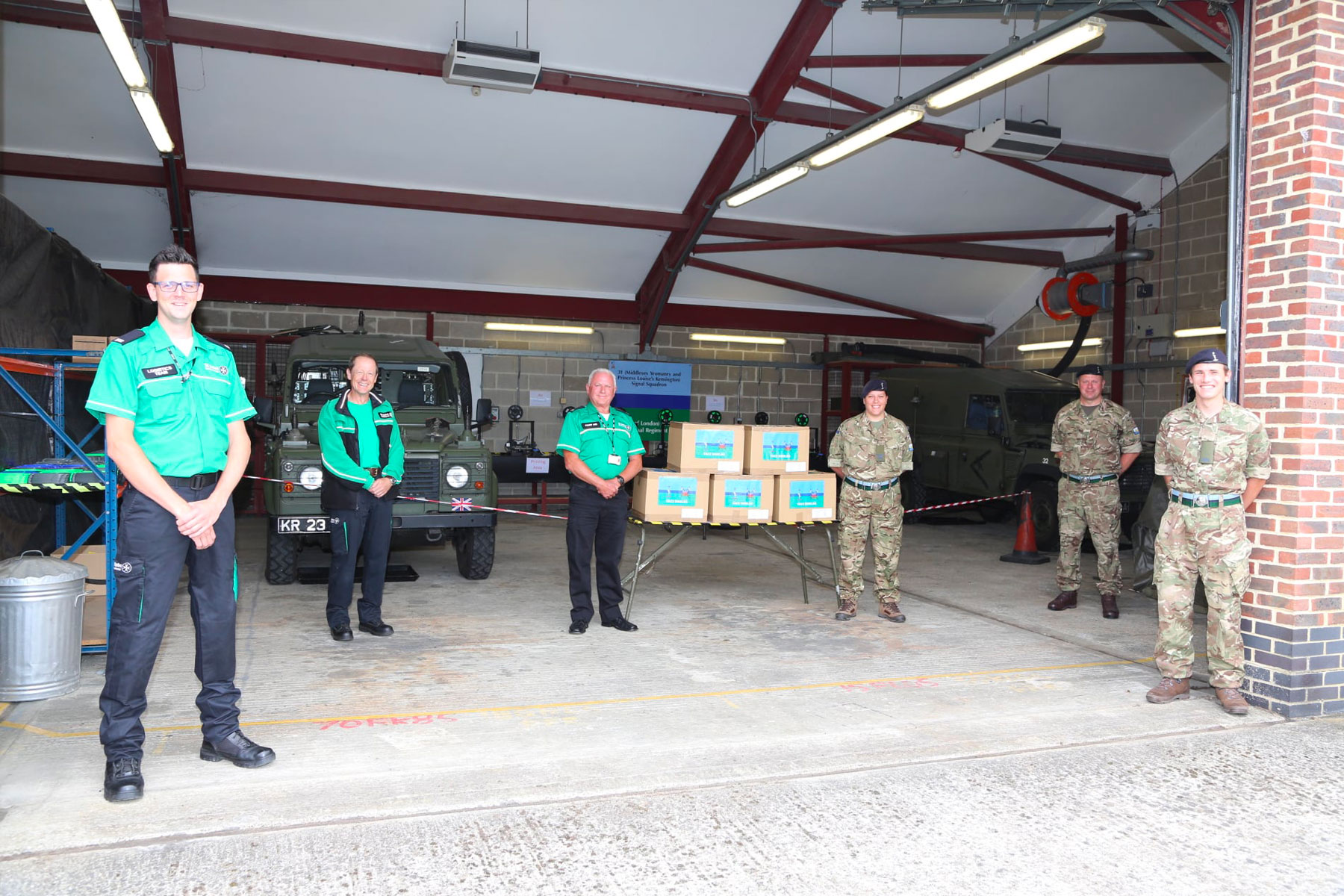 London’s Coulsdon Signallers go ‘bottom-up’ in the fight against Covid-19.

In the finest traditions of Army Reservists supporting the communities from which they are drawn, Coulsdon-based 31 Signals Squadron, part of London’s 71 Signal Yeomanry Regiment, have been delivering “bottom-up” support in the fight against Covid-19. 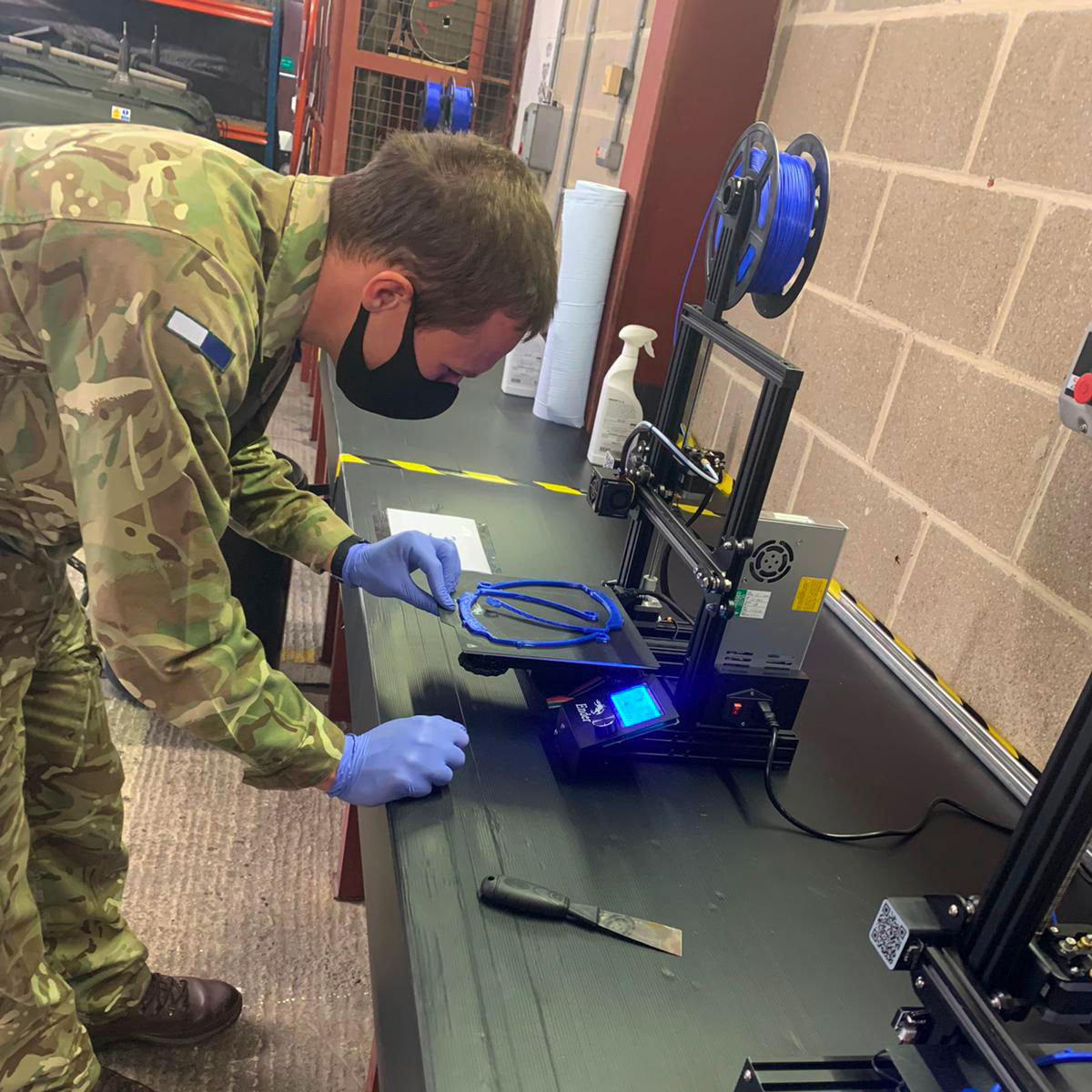 Signaller preparing the printer for PPE.

Signaller Glenn Bucket, serving with South London’s 31 (Middlesex Yeomanry & Princess Louise’s) Signal Squadron, part of 71st Signal (City of London) Yeomanry Regiment, is a successful entrepreneur in civilian life. Signaller Bucket quickly became frustrated at life on furlough: “As an ex-police officer, it felt awful to feel so helpless during the pandemic. Some of my Reserve colleagues were still working, some had been mobilised, and some were risking their lives on the frontline of our NHS – but I found myself stuck at home! I just wanted to play my part and knew I had to do something.”

Signaller Bucket found his frustrations echoed by his fellow Reserve colleagues, and together with Lance-Corporal Becky Ibrahim, they rapidly devised a plan that took advantage of both the technical skills from Reservists’ civilian careers and their wider networks to support the national effort at the local level and to start producing PPE using 3D printers.

With the full support of both the military Chain of Command and GL RFCA, the Coulsdon Army Reserve Centre was established as a PPE production facility, producing over 100 face shields per day for donation to care homes, schools and St John Ambulance.

Signaller Glenn Bucket said: “It’s been a really difficult journey to get to where we are, but I could not be more proud of the work we’ve achieved. None of this could have happened without the support of the Army, our corporate sponsors and, of course, all the Reservists who have volunteered to take part. We’ve been able to directly contribute to efforts to control the virus and that’s a nice feeling.” 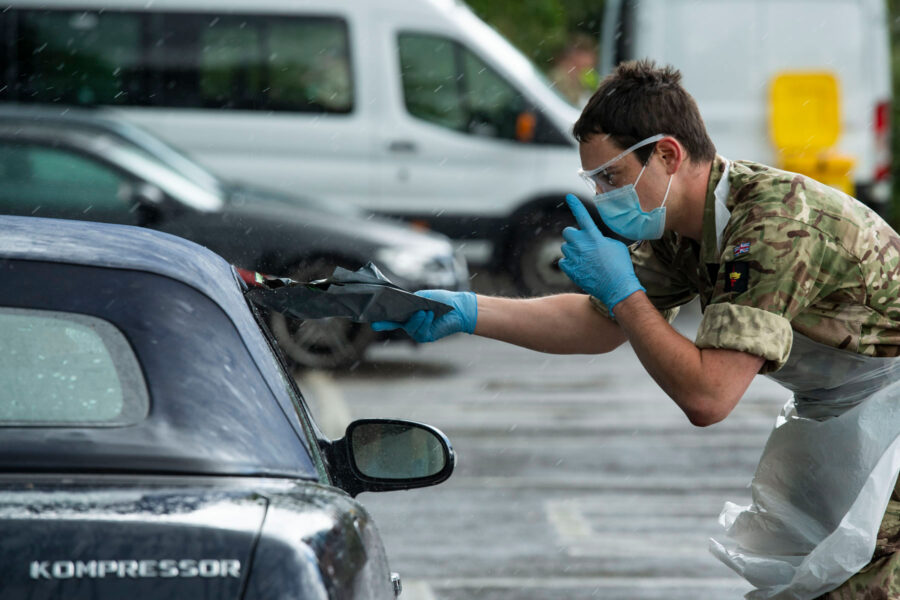