In March we went into lockdown and ‘13 Coy At Home’ was unleashed, a company operation that allowed the Coy as a whole to function, share news and information and support the new virtual way of training.

Throughout the next five months, we still trained, passed subjects, took part in tasks and for some, we even got promoted during lockdown in some very unique ways!

We have saluted, clapped, coloured, and baked our way through the summer. We still got up and made our beds and put our kit on, finishing in a two week virtual annual camp supported by some of our affiliated regiments – something we’ve never done before!

One of our Cadets, Cadet Bevan, really went above and beyond, raising money for the NHS by completing a sponsored run over some of London’s bridges. Cadet Bevan also helped his elderly neighbours by doing their shopping and helping his community in a time of need and was named BFBS Cadet of the Week!

The summer challenge enabled our affiliated regiments to support us by donating regimental gifts for the best Cadet in every detachment, as well as having key military figures as judges, including Colonel Ian Dennison, Colonel Clint Riley and Command SGT Major Steve Parker, and we thank them for their generosity.

Our Adults have been amazing through 2020, with six being awarded the Commanders Coins for their amazing dedication and support. We have even had adults receive first aid awards for actions within the community. We had the first two adults’ promotions after coming out of lockdown and have appointed a new Company Sergeant Major.

We even hosted Brig Williams and Colonel Riley at RMR London.

As the days got shorter, 13 Coy started supporting our communities. Remembrance Weekend not being what it normally is, we still raised and supported the Poppy Appeal and managed to raise £1,500.

Our wreath was laid in our local church in Wandsworth.

We launched our Christmas Present Appeal, supporting both St Georges Children’s ward and King Collage Hospital and raised over £1,300 in gifts and cash. We also got to deliver these gifts before the lockdown restrictions tightened again.

Our last act of 2020 consisted of a team of our adult instructors walking a route covering all the company locations (17 miles) and raised just over £1,300 for the Walking for Wounded charity. 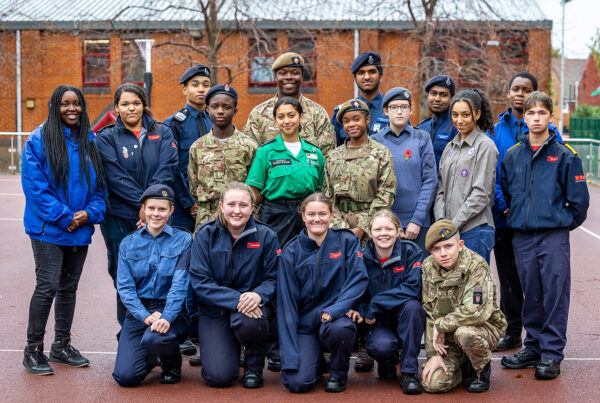 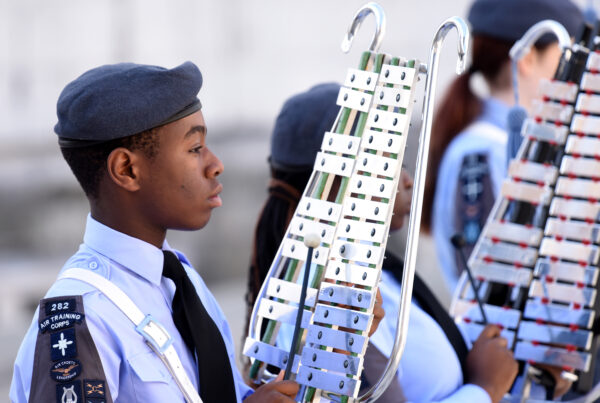