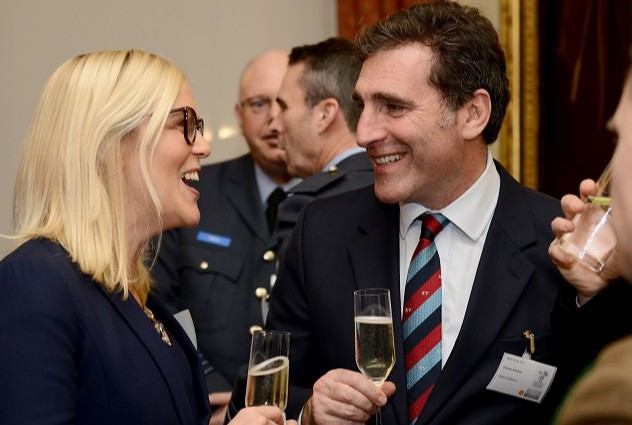 Engagement – we practise what we preach!

Our role is to encourage employers to support our Reservists, Veterans and Cadet Force Adult Volunteers through the Armed Forces Covenant (AFC) and the Employer Recognition Scheme (ERS).

Despite all of our planned meetings and events being virtual this year, the engagement team has demonstrated innovation and perseverance to ensure that the number of employers committing to changing their policies to support the Armed Forces family has continued to rise. And looking forward, we had a record number of employers expressing interest to achieve Silver and Gold ERS status in 2021, so watch this space!

What is the Armed Forces Covenant?

It is a pledge that together we acknowledge and understand that those who serve or who have served in the Armed Forces, and their families, should be treated with fairness and respect in the communities, economy and society they serve with their lives.

Find out more at www.armedforcescovenant.gov.uk

What is the Employer Recognition Scheme?

The Defence ERS encourages employers to support defence and inspire others to do the same. The scheme encompasses bronze, silver and gold awards for employer organisations that pledge, demonstrate or advocate support to Defence and the armed forces community, and align their values with the AFC.

Want to find out more? Get in touch with our team at gl-offtemp@rfca.mod.uk to receive more information on how your company can pledge to support our nation’s Armed Forces.

We spoke to two of our Regional Employer Engagement Directors (REEDs) to find out more about they came to spread the good word about the Armed Forces Covenant and what inspires them to encourage London organisations to partner with Defence.

Perspectives of a military spouse

Twenty years ago, I met my husband. Like most young couples embarking on life together, we weren’t thinking what the future might hold for our day-to-day lives. Jon was four years into his career in the Royal Navy based in Plymouth, while I lived and worked in the South East. This is when I became a military spouse. 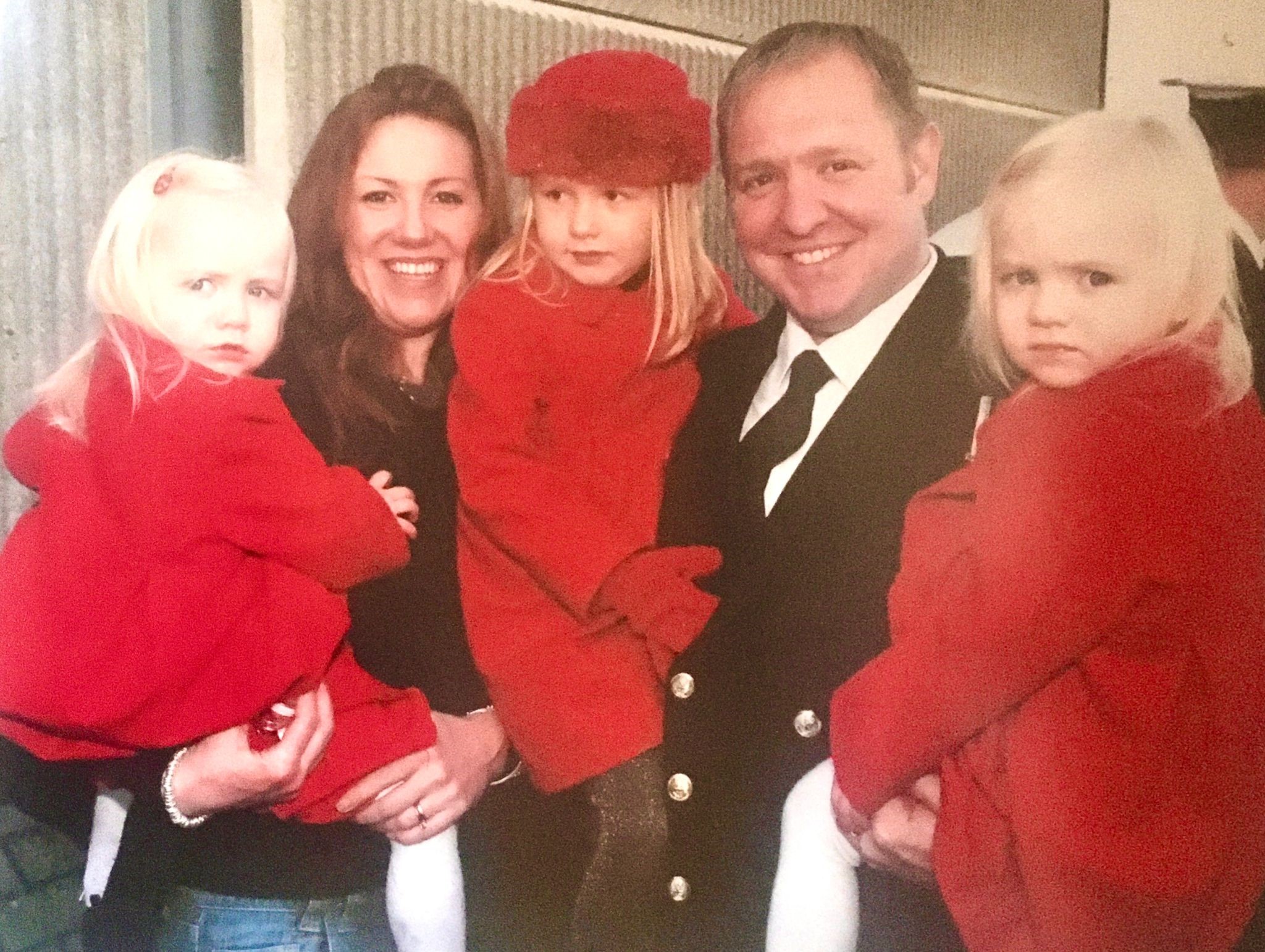 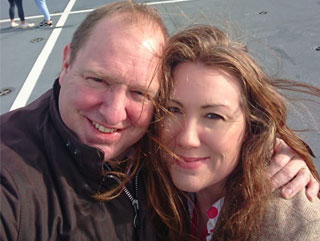 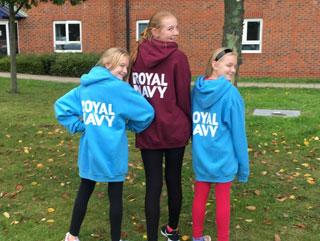 How I used to feel

Jon and I have three daughters (two are twins) and by the time our eldest was 13, Jon had gone away on five different deployments, we’d spent six Christmases in six different houses, the girls had been to five different schools, having to make new memories with new friends, settle in with new teachers and find new places to call home. I had to find different jobs to fit in with our ever changing situation as well as predominantly being the single parent to support them. Will they get the education they need? How will they cope moving AGAIN? Will they ever have a NORMAL life?

I had to make sacrifices in my own career path and juggle the guilt of uprooting our little family from place to place. I had to find new jobs everywhere we went, new mother and child groups to join, new schools to understand, new extra curriculum clubs to join and new communities to try and become part of. All with the knowledge that it wouldn’t be too long until I’d have to start everything all over again.

How I feel now

My daughters gained five times the friends they would have from being in one place. They now make new friends easily, have the confidence to go to new places and a resilience to adapt to their ever changing environments that just cannot be taught. They’ve gained not only a more rounded education from a multitude of schools, but life lessons due to the experiences of new places and cultures, different opportunities and a sense of the military community. I’ve gained an array of work experience in many different sectors – Tech, Education, UK Government, the NHS, Higher Education, Recruitment, Property Sales, and Accounts; not to mention the soft skills that being a Mum and RN spouse mean you have to develop, such as resilience, adaptability, project management and (as much as you can muster at the time) positivity! I’ve loved every role I’ve had and would do all of them again. I’ve gained experience and insight into such a variety of industries; having to adapt and learn something new every time has been incredibly daunting but exciting at the same time.

The ‘spouse’ life can be viewed in two ways. It’s only now that I can see these perspectives and share them with you.

Fast forward to the present day and I find myself in GL RFCA, an organisation that truly understands the resilience, experience and transferable skills a military spouse can bring to business. I hope I can really make a difference assisting organisations to support their military community employees, be they Veterans, Reservists, military spouses or family.

Jon has offered to put his notice in over the years, but I would never ask him to do that. He has a career he loves, our children have memories and experiences others could only dream of and I have a family in the military community. We’re incredibly proud of him, his achievements and the contribution he’s made to Defence. We wouldn’t be the family we are today without our military roots – and my girls agree, we wouldn’t want it any other way!

If I could do it all again, I would!

If I could go back 30 years and talk to my younger self, I’d say, “Join the Reserve Forces!”, without hesitation. I sometimes wonder how much more I would have experienced if I had joined in my mid-20s, but I’m just glad that I made the commitment. 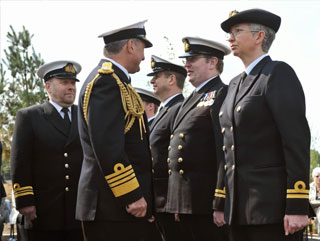 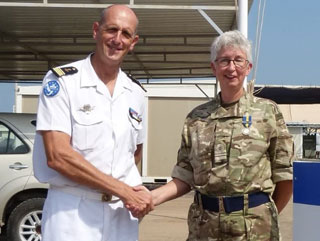 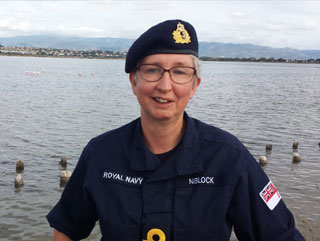 Coming from a Northern Irish sea-faring family, I had thought that I’d join the Royal Navy. I didn’t. Instead, after I graduated in French, joined the IBM graduate trainee scheme. Still, the call of the sea was present but I thought the opportunity had passed me by. Fast forward to 2001 and a chance conversation with a Naval nurse made me aware of the Royal Navy Reserve. I’d heard of the Army Reserve (or Territorial Army as it was then) but I didn’t know the Royal Navy and Royal Air Force both had Reserve elements too.

By now I was working for a global software company, travelling the world and working with a great bunch of colleagues… but there was a hankering for the sea. In 2001 we were still ten years away from the Armed Forces Covenant and the Employer Recognition Scheme. To my employer’s credit, however, they already had a gold-standard HR policy granting employees 10 days’ additional paid leave for reservist training.

A call to HMS Wildfire in December 2001 was quickly followed by the recruit test in January 2002 and AB Niblock RNR embarked on a 20-year career which has seen countless appearances at the Royal Navy Winter Sports Championships; mobilisations to Dubai, the Baltic, Bahrain and Djibouti; exercises in Sardinia, Northern Scotland and Hamburg; and sea time in HMS Ocean and HMS Monmouth, sailing from Jakarta to Darwin, Australia! I have also qualified as a MOD French linguist. The day job in IT was swapped for a seven year period of Full Time Reserve Service in 2008 and led me to the RFCA for Greater London where I now combine all my civilian and Reserves experience in one job as a Regional Employer Engagement Director, helping businesses and the military get the best from each other.

The upper age limit for joining the Reserve Forces has increased so joining at 36, as I was then, is well under the maximum age. If you are wondering whether to make the leap, do it! If I could do it all again, I would. 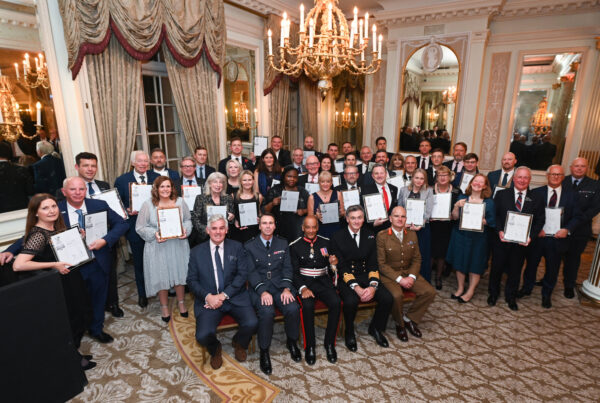 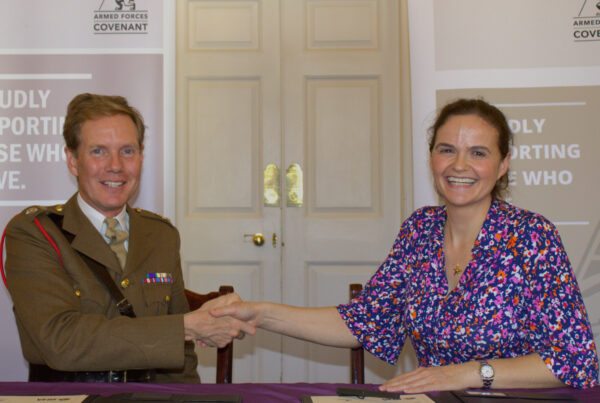 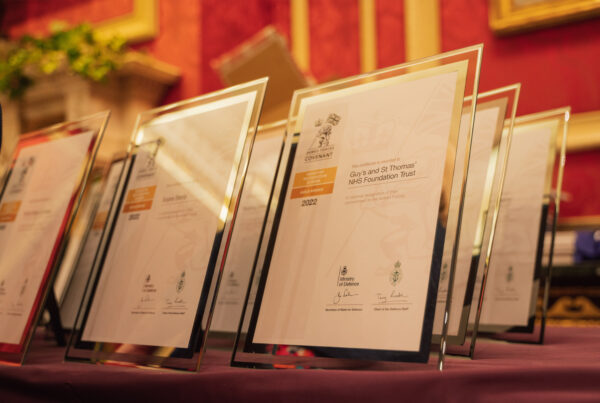