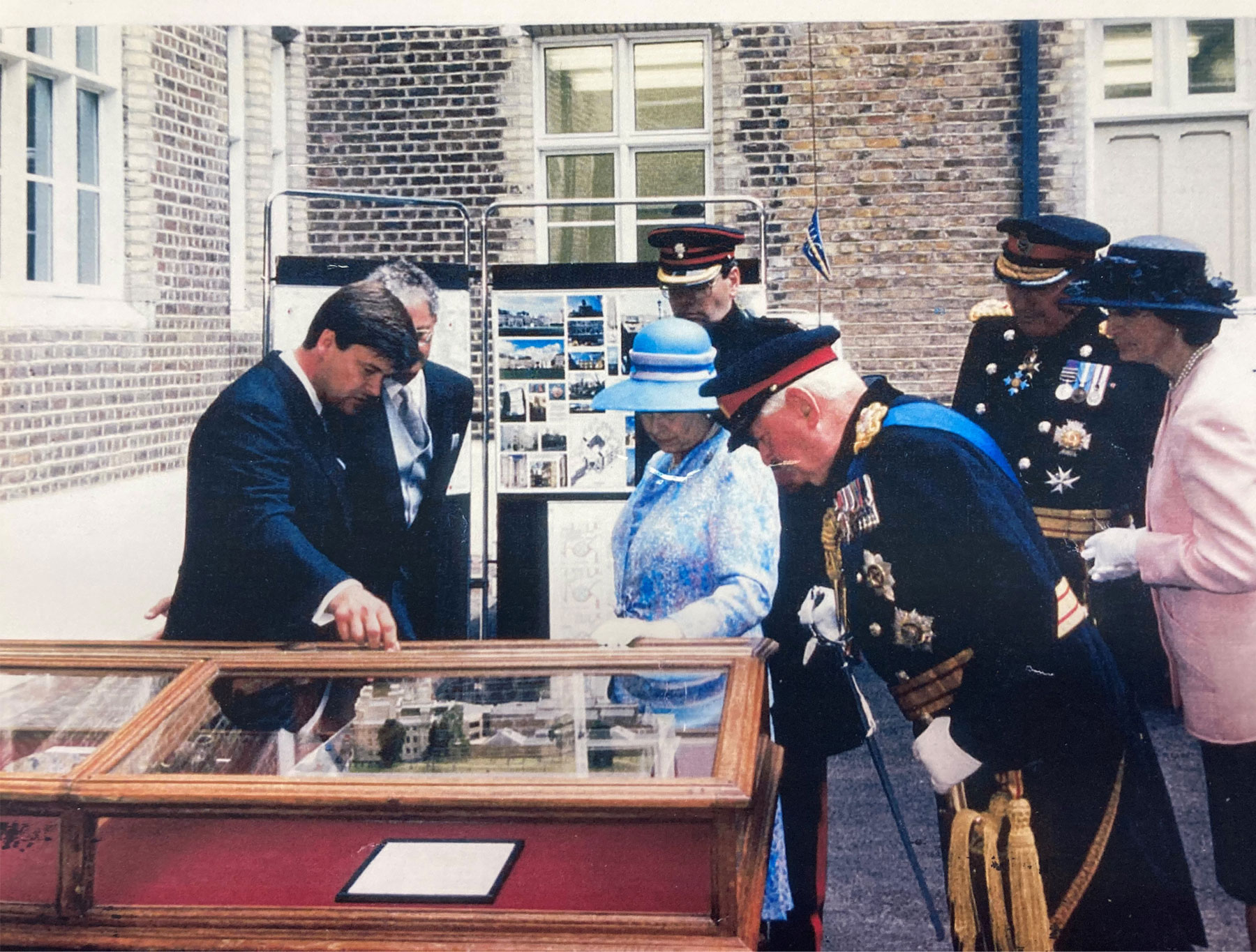 After 36 years’ loyal service, Nick Summers, GL RFCA’s Director of Estates and Commercial Lettings, retired this January from the Association. This is quite some feat and it is worth putting this into perspective. Nick, who will, no doubt, be looking to reduce his golf handicap in retirement, might remember that the year he joined the Association Jack Nicklaus won the Masters at Augusta, his 18th major title, at the age of 46. Also that year, Greg Norman won the Open at Turnberry, Her Majesty the Queen rode at Trooping the Colour for the last time, the completed M25 opened and Mike Tyson became the youngest heavyweight boxing champion at the age of 20.

Nick’s achievements and contribution to the Association, Reservists, Regulars, Cadets, Cadet Force Adult Volunteers should not be judged by numbers alone, even though these are impressive: 19 Army Reserve Centre disposals, 15 Army Reserve Centre new builds or major refurbishments, 26 new Cadet locations built, four CCF rebuilds, 11 ACF and ATC disposals and six ACIO disposals.
Importantly, he and his team have always kept the estate compliant and in use during this period, often with very limited resources.

“I look back with immense pride about what the Estates team has achieved over the past 36 years. It hasn’t always been an easy ride, but managing the very large estate across Greater London – keeping it safe and open – is something that I will look back upon with satisfaction”, said Nick. “After all, without a compliant estate the Reservists cannot train and the Cadets would miss out on essential life skills”.

Meeting and explaining to Her Majesty the Queen the details of the new build and refurbishment of the barracks and the specific artefacts discovered during the works at the opening of the HAC.

Nick’s unparalleled knowledge of the GL RFCA estate is irreplaceable; he does, after all, know every nook and cranny and every foible of each and every part of the estate. This has benefitted everyone who uses the facilities across London over the past 36 years.
“Nick has been a fantastic servant to the Association”, said Chief Executive Peter Germain. “I have benefited greatly over the past two and a half years having his extraordinary knowledge and skills to draw upon as I have got my feet under the table. On behalf of every member of not just Greater London but of all 13 RFCAs, thank you and enjoy your retirement.”

It should also be noted that under his stewardship GL RFCA has developed and nurtured a commercial letting company, AVL, which contributes a huge amount of extra revenue which is ploughed back into maintaining the estate to the benefit of all users.

Nick is also an innovator. His architect training came to the fore when, critiquing the work of architects for the Hillingdon site, he suggested changing the water downpipes from the traditional type to chains, something far more aesthetically pleasing and still in use today.
Nick also introduced the first computers and mobile phones to the Association in 1988/9 –and, remarkably, he still has the same mobile number! Things have certainly moved on from when every job was handwritten in triplicate. 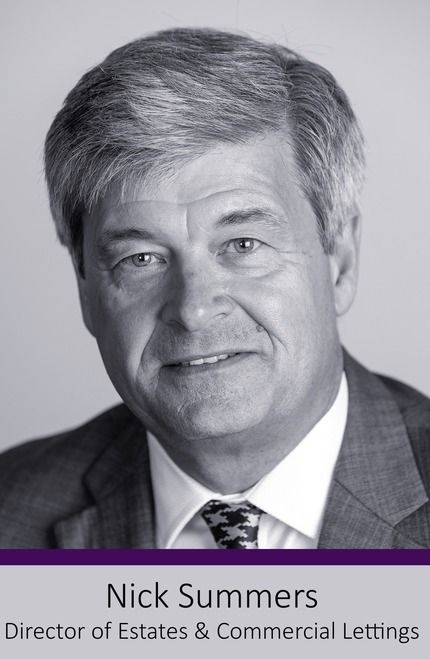 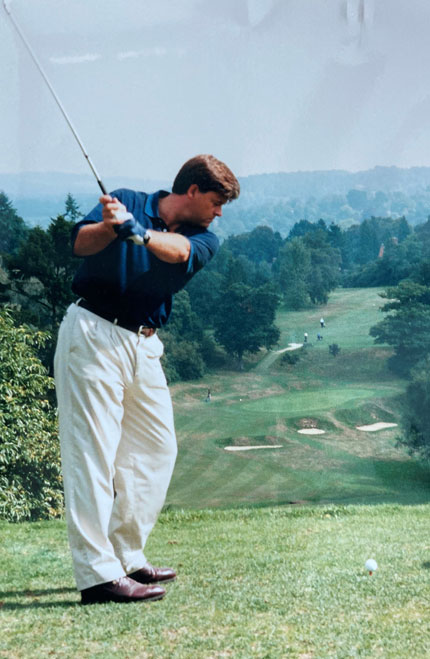 Also, way ahead of modern thinking and trends, he oversaw the introduction of solar panels and air source heat pumps into every new build Cadet building, greatly reducing the carbon footprint of the buildings and reducing the dependence of fossil fuels.

He leaves the Estates team stronger than he found it and comments that the work level is now more intense than it ever has been. As for his team, “They are the most professional team I have had, dedicated, knowledgeable and very hard working.”

So, having worked with six Chief Executives, seven Chairmen and 13 General Officers Commanding London District, it is time for him to try to shoot six under on the back nine at his golf club to emulate Jack Nicklaus’ feat 36 years ago to win the Masters. His mantra has remained the same throughout: “If I can’t spend 99 pence out of every pound sterling given to me on the estate, then I am not doing my job.”

Thank you Nick – your dry wit and political correctness (!) will be greatly missed by all of us.

Nick Summers’ grandfather was Captain Joseph “Mutt” Summers RAF, who despite being dead for over 66 years still holds the record for the most number of first flights on and hours in prototype aircraft.

In preparation for the famous Dambusters Raid in May 1943 (Operation Chastise), “Mutt” was test pilot for the experimental bouncing bomb dropped from a Vickers Wellington near Portland, Dorset, a job given to him by close friend the aircraft designer Barnes Wallis. He was depicted by Patrick Barr in the film made of the events.

Nick still has the fuse safety cover from one of the bombs used in the raid, given to “Mutt” by the pilot none other than Wing Commander Guy Gibson VC, the leader of the raid. 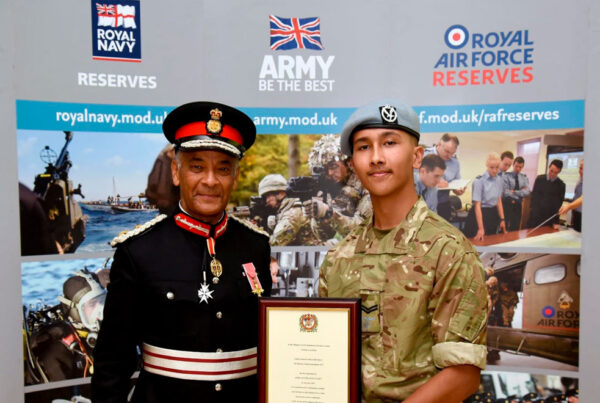 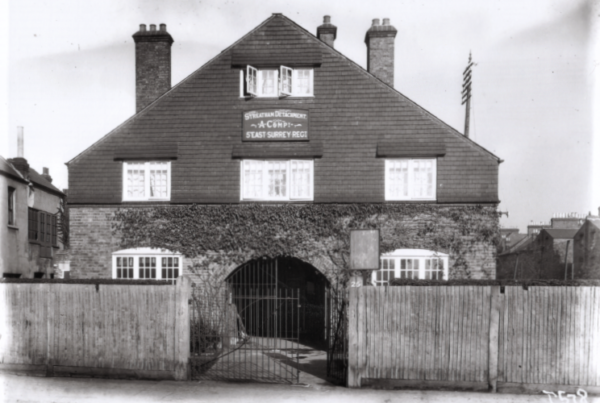 Stepping Forward into the History of the Reserve Forces 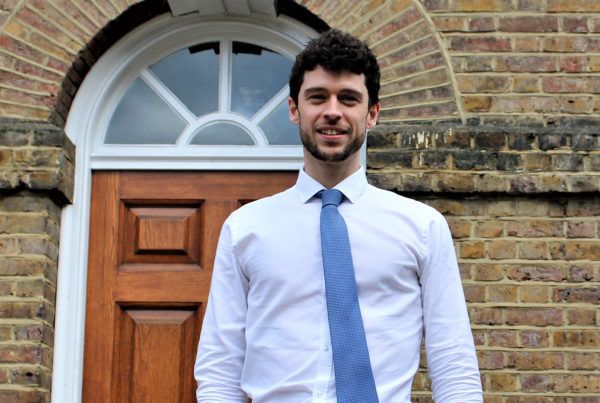 The Secret Life of a Surveyor